We spent time looking at the many ruins. Virtually every cave has ruins. Some have crumbled, but in most cases they remain, with the walls fairly intact. One of the first we saw was Mummy House Ruin, so-called because early occupants [before 400 AD] buried people in "cysts" [hollows in the ground walled with slabs of rock and covered with more slabs] where the dryness of the climate has allowed good preservation of the bodies. Those early occupants were the Basket Makers, who did no pottery, but were masterful in their weaving of even waterproof baskets. Next came the Anasazi. They occupied Mummy cave from around 400 AD to 1300. 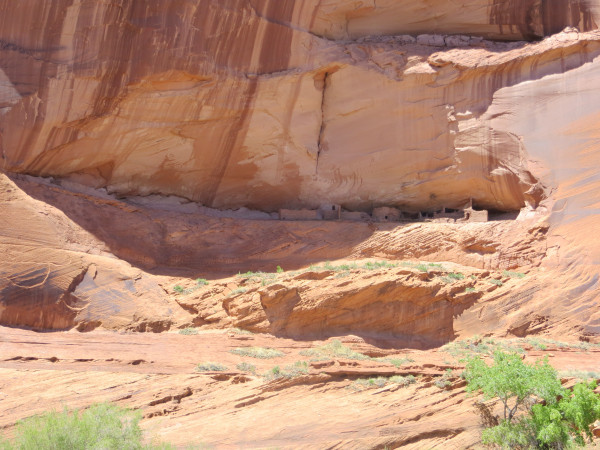 You can see the houses huddled in the cave. Anasazi pottery was also found there.


Next we went to the largest settlement, White House

( Collapse )
The White House is so called because the main ruin has white plastered walls. 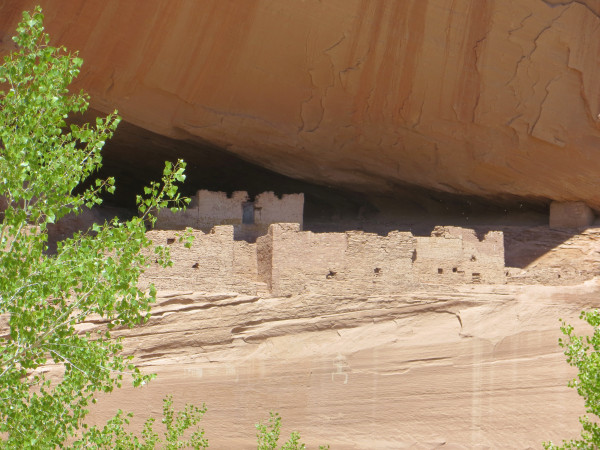 This is a partial view. 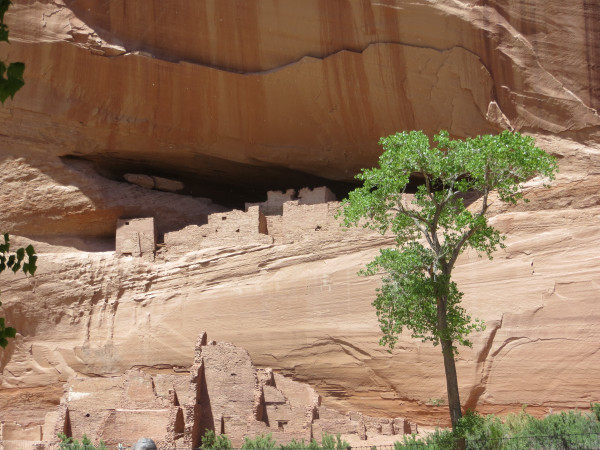 As you can see, there are also some more damaged houses on the canyon floor.

An interesting feature of the Canyon are the many petroglyphs, made at various periods. 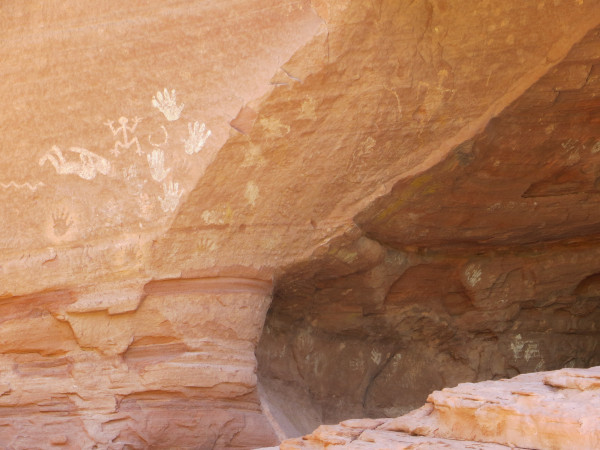 The figure on his back playing the flute is an early "Kokopelli", a character or divinity often seen in the Southwwest. The white hands are just painted on, the dark ones are made by putting the hand on the wall and spraying color on it. 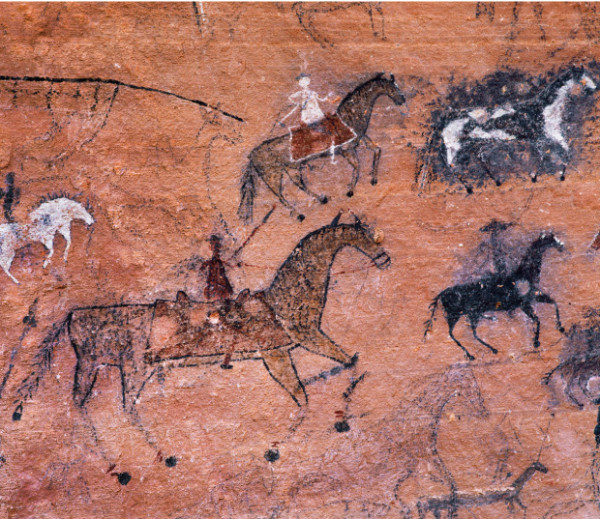 This a later, more sophisticated one, done by Navajos, and showing Spanish riders. The Navajos could see the usefulness of horses. They stole some from the Spaniards, and used them for raids to advantage. The Spanish attacked the Navajos many times, but didn't succeed in subduing them. These horses are still raised in the Canyon, along with sheep. 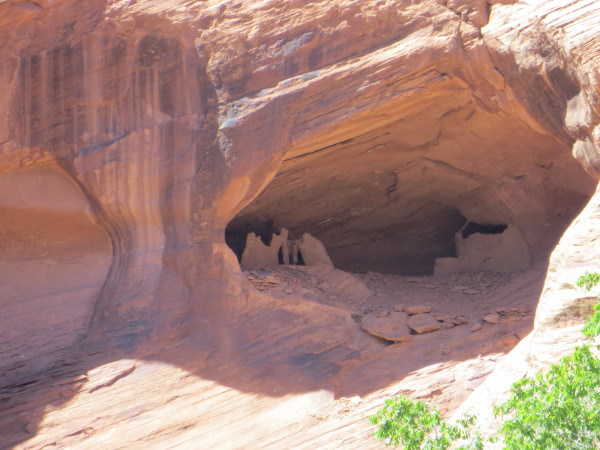 Another ruin in a curiously shaped cave. 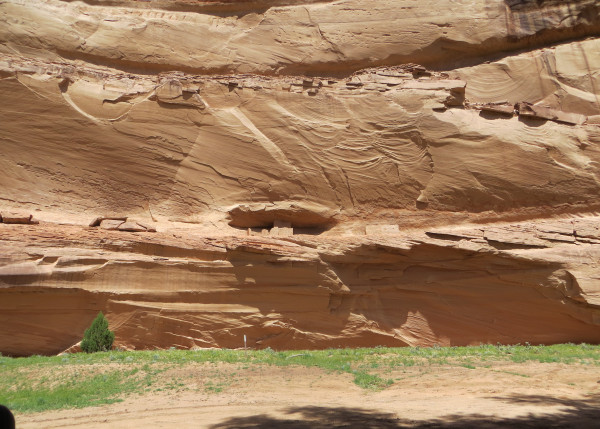 The Canyon is a very pleasant and peaceful place. Many visitors just drive along the rim, without ever actually visiting it. 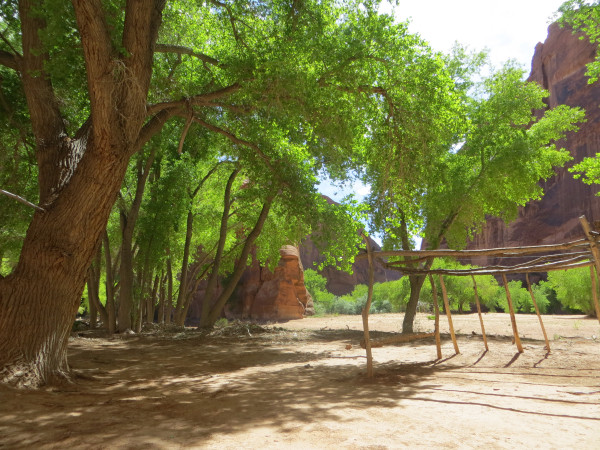 This is a typical spot. On the right is the frame for a characteristic summer shelter. It will be covered with brush and branches to provide shade. Similar "shade houses" are used for summer cooking .

Canyon de Chelly is one of the many unique sights in Arizona, and remains one of my favorites.
Collapse