I spent last week in Northern Arizona, for a return visit to some ancient sites I particularly like. We went north from Flagstaff to the Cameron Trading Post. On the way, you can see the San Francisco Peaks [3,850 m] towering by the road. 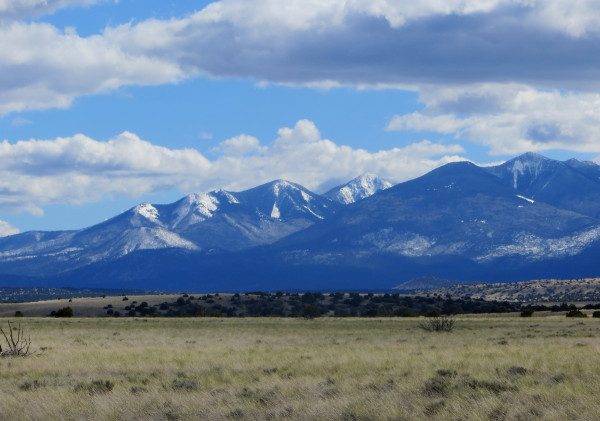 The Cameron Trading Post is about 100 years old. Now it has become a large motel and restaurant with a big souvenir shop. Some of the items are indeed Native Indian, but others are made cheaply elsewhere. Check the labels! It is a fairly good place from which to go visit the Grand Canyon and other sites.

We chose to go look at the Betatakin ruin, at the Navajo National Monument. Contrarily to other Anasazi [or "Early Puebloan"] ruins in the general area, it was only occupied from 1250 till about 30 years later. The consensus is that a bad drought drove the people away, as from the other villages. Betatkin means "house on the ledge". It is built in a natural cave on the side of the cliff, a common feature offering safety as well as protection from the elements. The park entrance is about 15 km from the main road. Then you walk about 1.6 km roundtrip to the canyon and the ruin, an easy walk. There are signs giving the name of various plants. A certain number of pinyon pines are there. Some of the dead ones were curiously twisted. 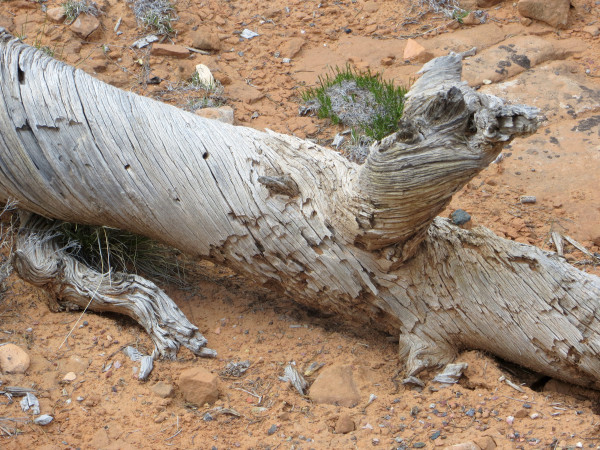 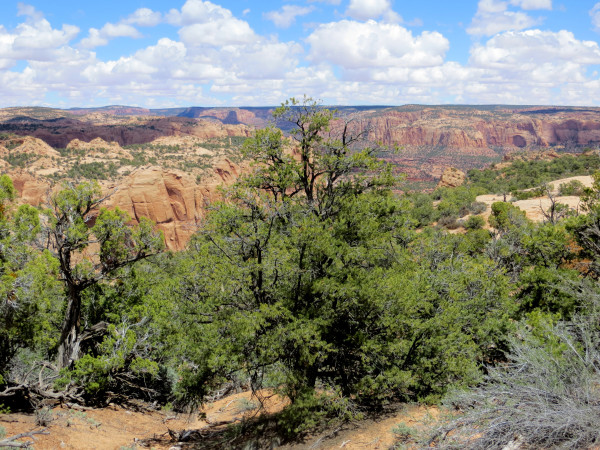 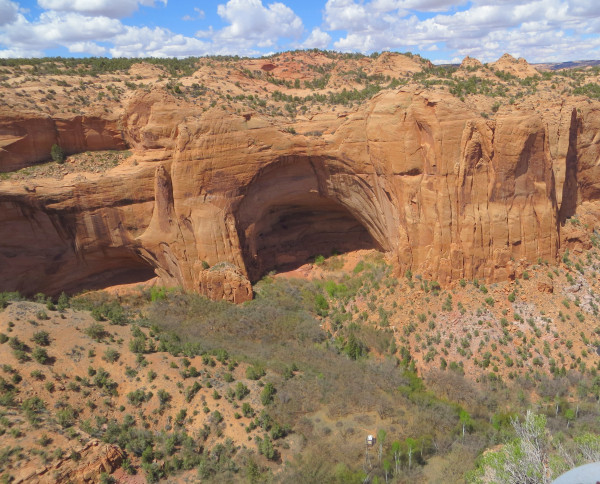 First view from a distance. 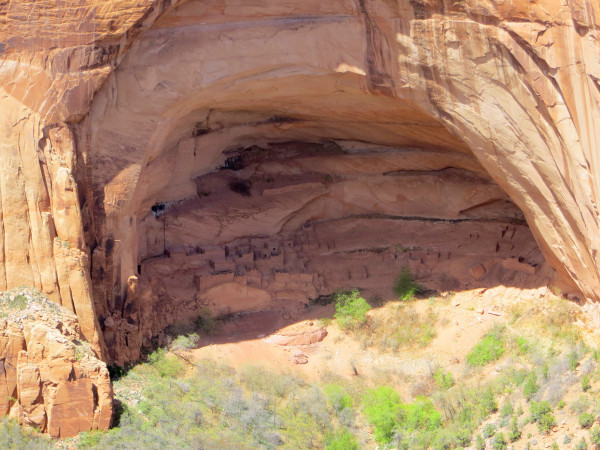 Unfortunately, we were there late in the morning, and the view is better earlier, when the sun illuminates the cave. You can see the houses huddled all along the rear of the cave. The upper ledges were used for storage.
There is another ruin, particularly well preserved, Keet Seel, but it is a 30 km hard hike round trip.

We then drove across the large Navajo reservation [and a large part of Arizona] to Chinle. This is a small town from which you can visit the Canyon de Chelly. It is a beautiful canyon, with the interesting characteristic of starting on the mesa, at the mesa level, 1700 m., while the walls of the canyon rise around you as you go deeper into it, and it narrows. There is a stream at the bottom, fed by the snows and rain of the Chuska Mountains to the east of it. The area belongs ot the Navajos, and you can visit only with a Navajo guide, in an SUV or a jeep. The stream has to be crossed repeatedly, and a knowledge of the area is necessary, as there are spots of quicksand. The Canyon actually is made of several different ones [de Chelly, del Muerto, Monument] which converge at the entrance. It has been occupied by Navajo families for 300 to 400 years. They have apricot orchards, among other cultures, and raise sheep and horses. 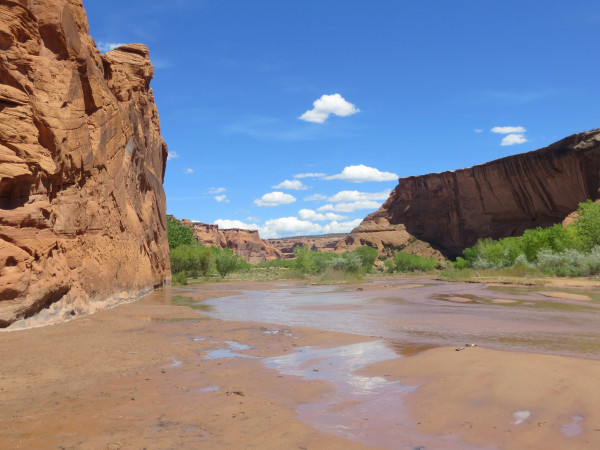 The entrance to the Canyon. 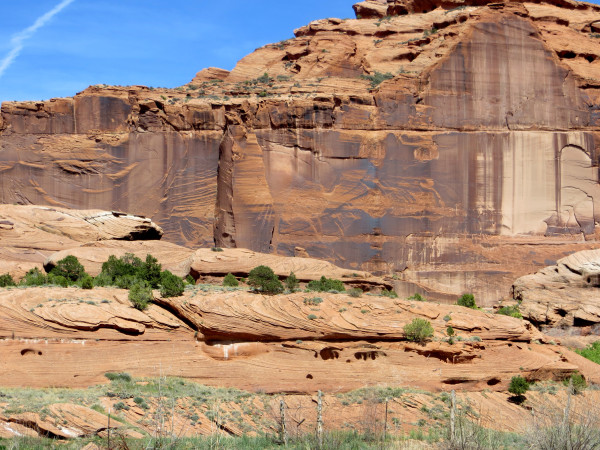 This shows the characteristic colored streaks down the walls of the Canyon, made by water seeping through manganese deposits. Notice the swirly layers of rock on the lower part. 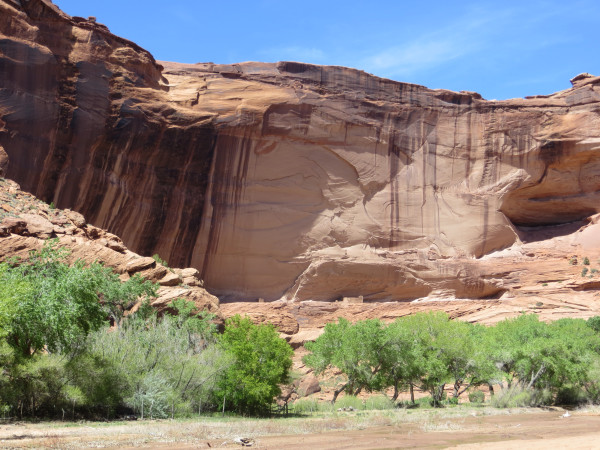 This is a typical view, with more streaks, and a small cave wiht a ruin in the lower part. Cottonwoods are growing alon the stream.

I still have to show the various sites along the Canyon, so be sure to come back and look!
Collapse