The first shrine I went to on this visit was Eikando. Unfortunately, it is quite well known, and there were a lot of visitors, including large number of Koreans, and even some Chinese tourists. It is a Buddhist temple, founded in the 11th century, starting from the villa of a Heian noble, who gave it to a priest. There are several buildings, connected by wooden corridors. Here is the first: 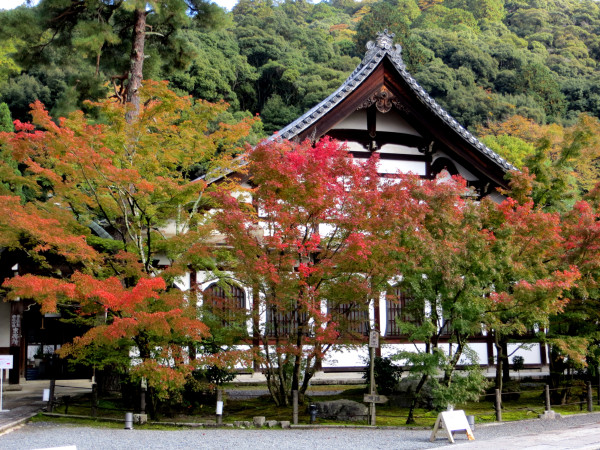 From there one has a choice of paths, so, at random, here are some of the views: 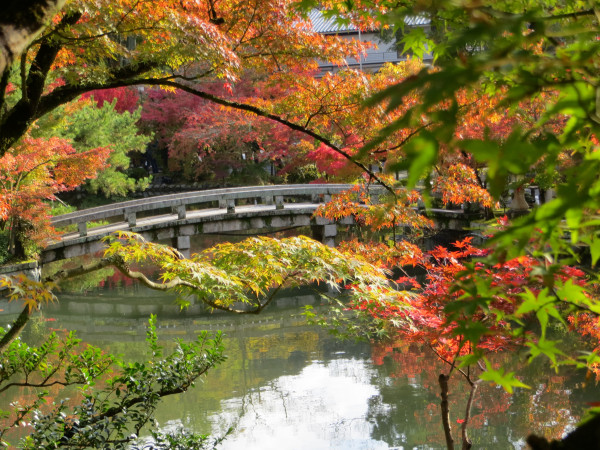 and viewed from the other side: 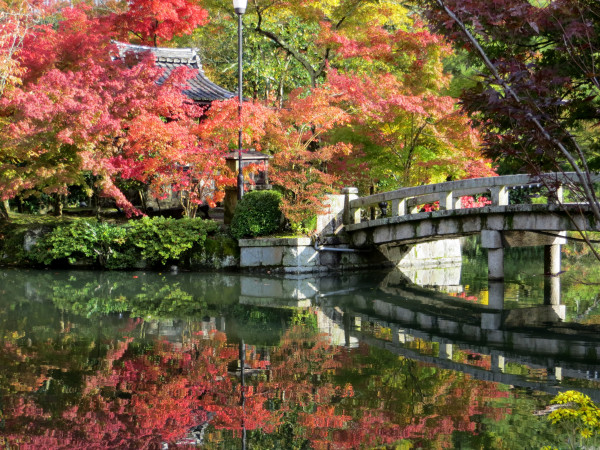 A riot of reds 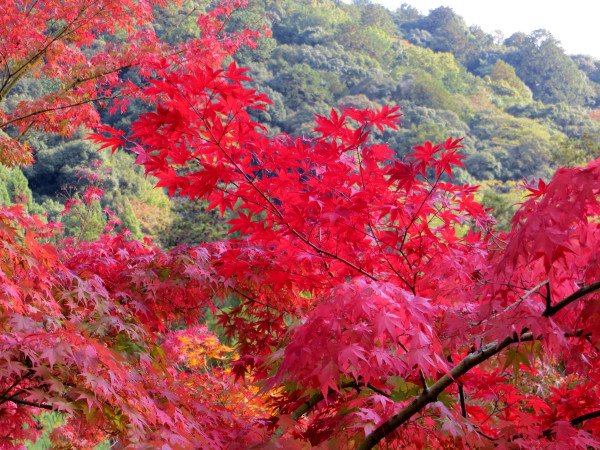 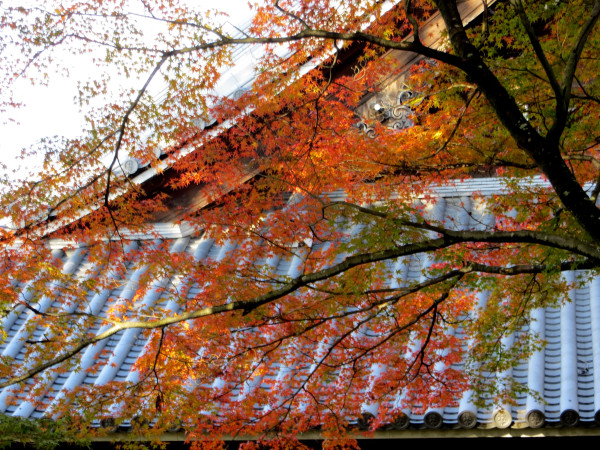 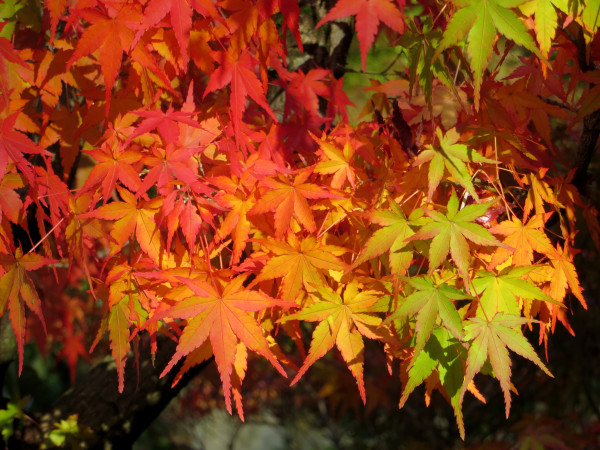 The Tahoto pagoda is famous, here is a glimpse of it: 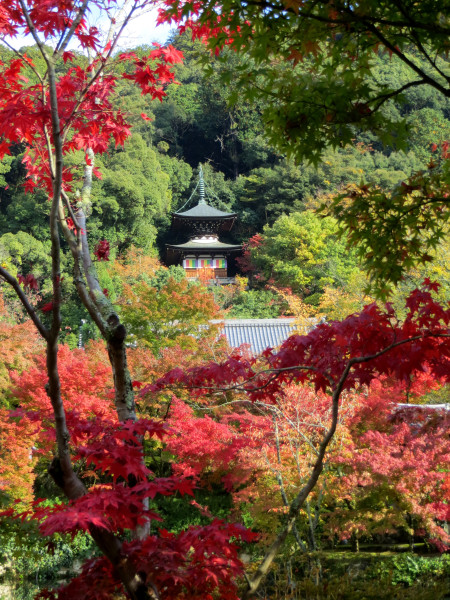 A green part of the garden: 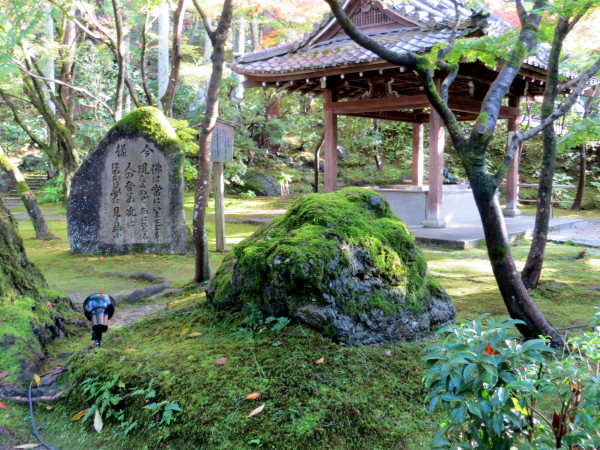 And one last view of the pond: 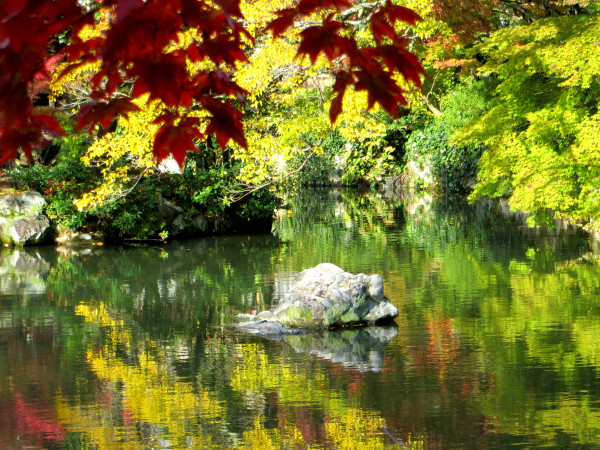 The only problem was the number of people, which kept increasing. I was glad I had arrived relatively early. When I left, a whole busload was arriving!

The next day, I went to Shoren-in, which was almost deserted. Such a pleasant contrast! I will put up the pictures soon.
Collapse