I returned from Japan just a few days ago. This was a trip in search of the famous autumn colors. After a couple of days in Tokyo, I headed for Gunma, just north of it. It was noticeably colder there, which means that most of the leaves, still barely turning in Tokyo, had already fallen. Nevertheless, I arrived in Takasaki, and then set off at first for Karuizawa. I am afraid the town had a real off season feel about it. Very few people about, and no taxis. Because of time constraints, I had planned on taking a cab from the station to go see Shiraito Falls. Because they are not spectacular, I decided to give up that trip and just go to Kumoba Pond, which is walking distance from the station.

The town is a summer resort, and there were a certain number of nice summer houses on the way, and finally I saw some nice colors! Then I came upon the pond: 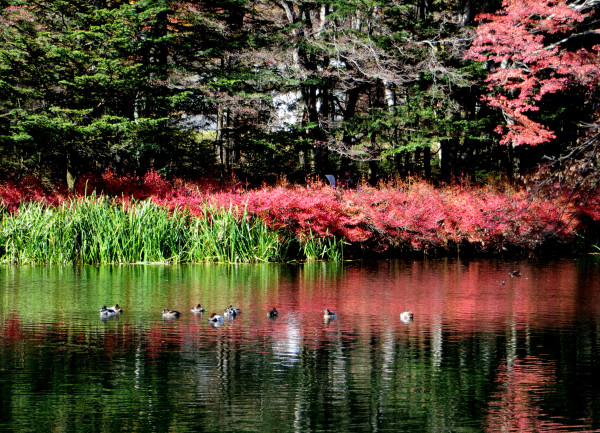 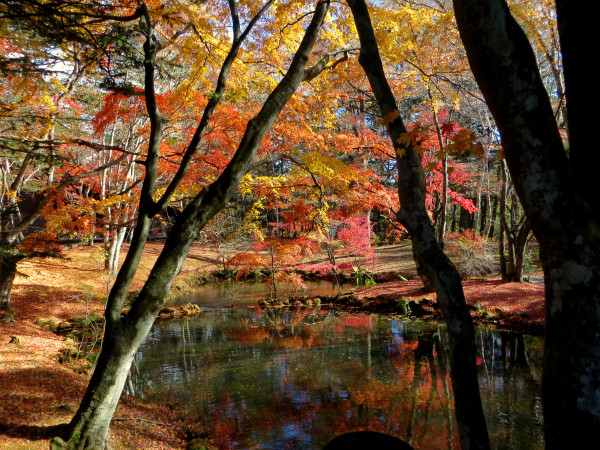 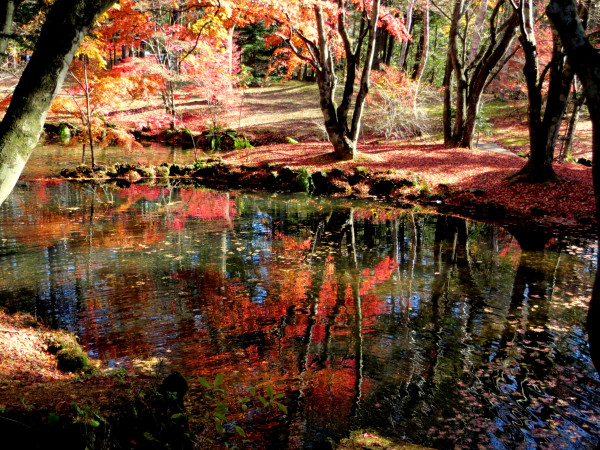 Very few people were walking there, and it was quite peaceful.

The evening was very clear, and I could see the mountains from my hotel window. 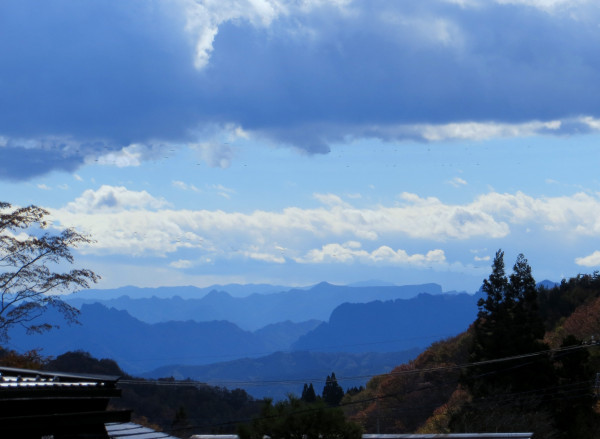 The next day I went to Haruna Jinja, on the slopes of Mount Haruna. The consensus was that it was too late in the season to go to Lake Haruna, and this was the alternative. I will post my pictures of it next.

Haruna Jinja was first built in 586. Obviously the shrines have been repaired, modified, and probably at least partially rebuilt at times. But the consensus is on the great age of the place. Despite it being mid November and a weekday, there was a fair number of people visiting. It is about an hour from Takasaki station by bus. You climb a road from the bus stop, and come upon the ancient monumental gate: 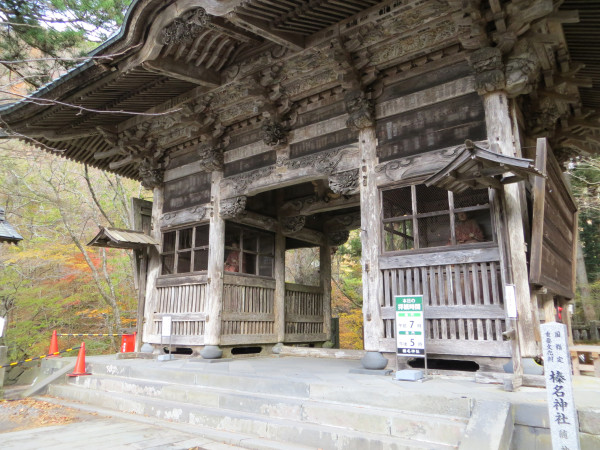 After that, you start climbing: Haruna Jinja, in the Shinto tradition, is up in the mountain. The road, though, is not hard, and you do not encounter stairs till close to the end. It is quite nice to walk through the forest. There are in particular some giant cedar trees near the shrine. 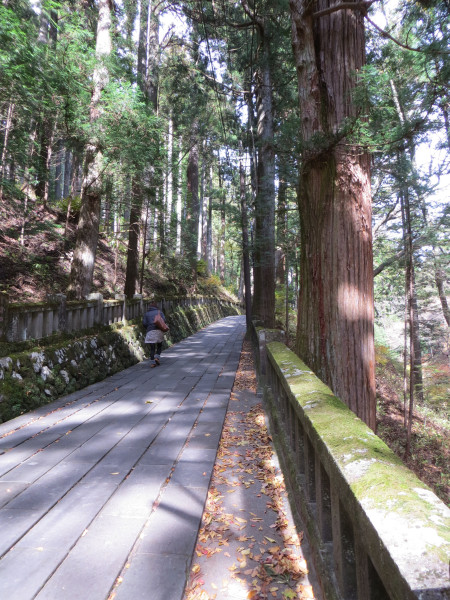 There is the occasional Buddha to encourage you 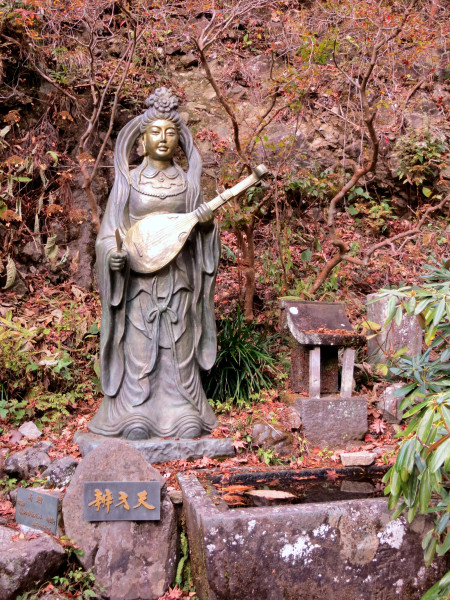 Then you get to the stairs: 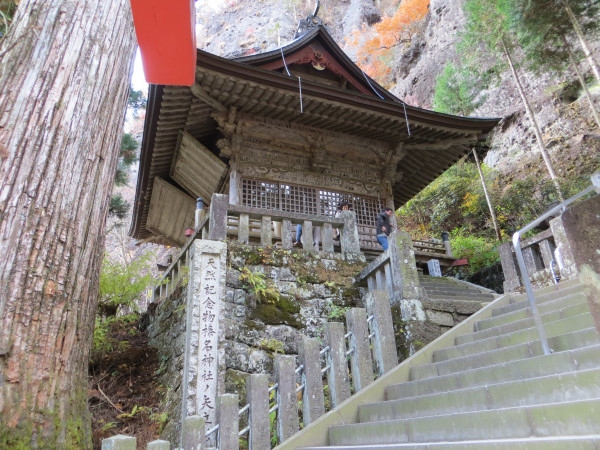 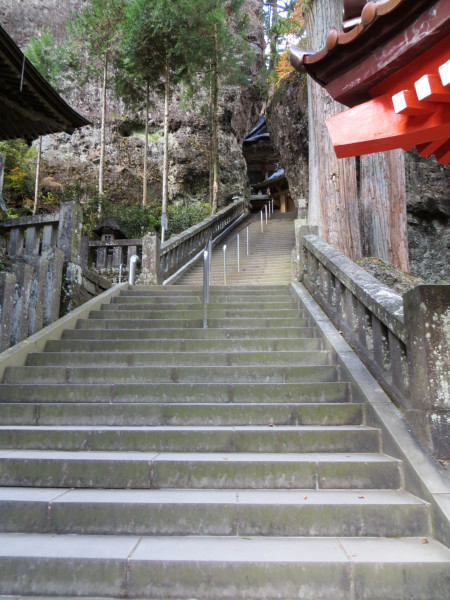 Then you get to the main buildings: 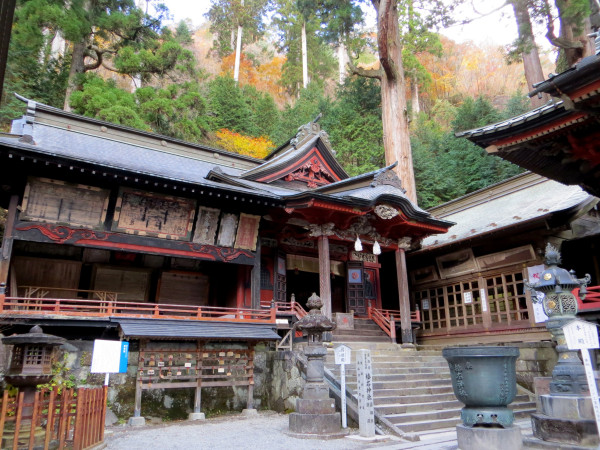 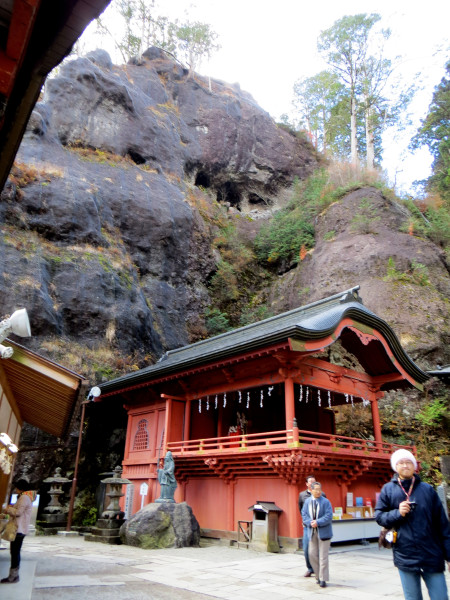 And finally the main one: 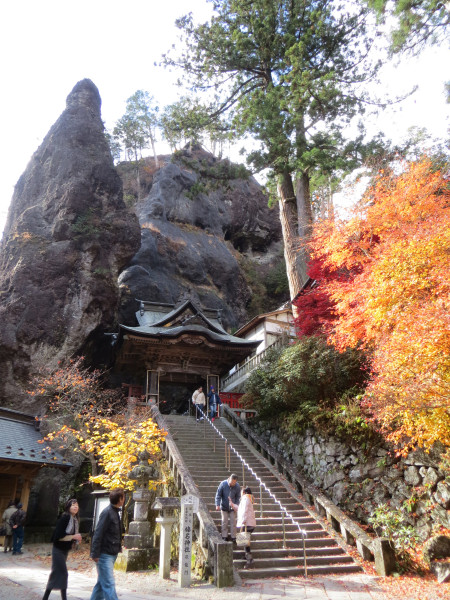 My favorite statue [looks like a tengu, doesn't he?] 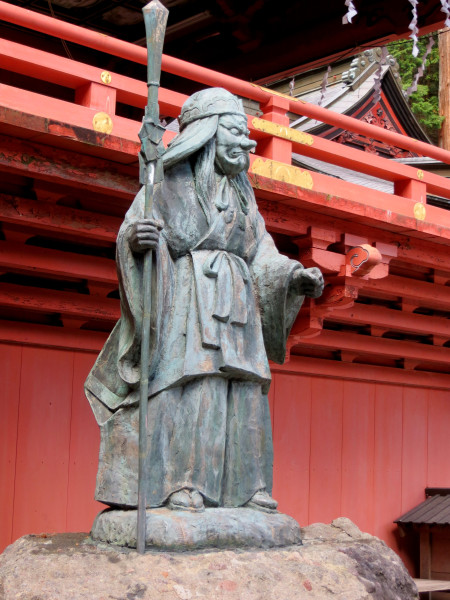 Most of the leaves had fallen, but there remained one flaming maple: 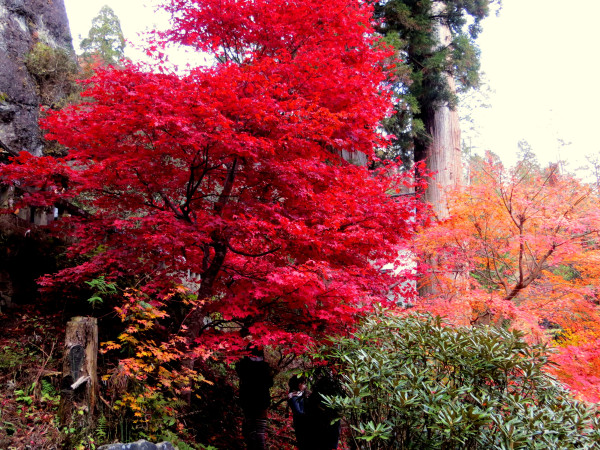 It was an enjoyable excursion. I then returned to Tagasaki. I left the next day, escaping the cold of Gunma for the [relative] warmth of Kansai in Kyoto.

Please come visit again, I will soon post my pictures of Kyoto!
Collapse