As our visit was nearing the end, we went driving up into the wine area of Alsace. The region is protected by the Vosges mountain. These have abundant snow in winter, great for skiers, and winter is cold in the province. But it is exceptionally sunny in summer, which permits cultivating wine on the lower hills, and growing corn, wheat and even tobacco very successfully in the plains.

The Route du Vin [the wine road] goes through the wine growing area and links the villages and small towns. It is northwest of Colmar all along the foothills of the Vosges. Some of the villages were completely destroyed in the 1944 fighting, but luckily, the 3 prettiest large ones, Kaysersberg, Ribeauvillé, and Riquewihr, survived unscathed. Nowadays tourists flock there, crowd the cafes and restaurants, and frankly there are so many tour buses it spoils the atmosphere. I decided to show pictures mainly from Kaysersberg, which was the least crowded, and is actually a town, and a few from Ribeauvillé: 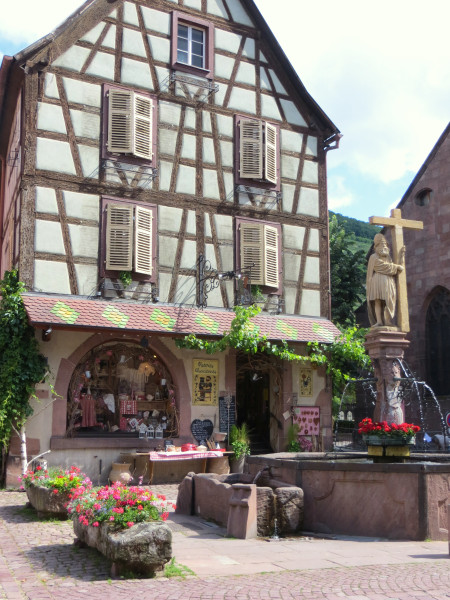 A corner of the main square. 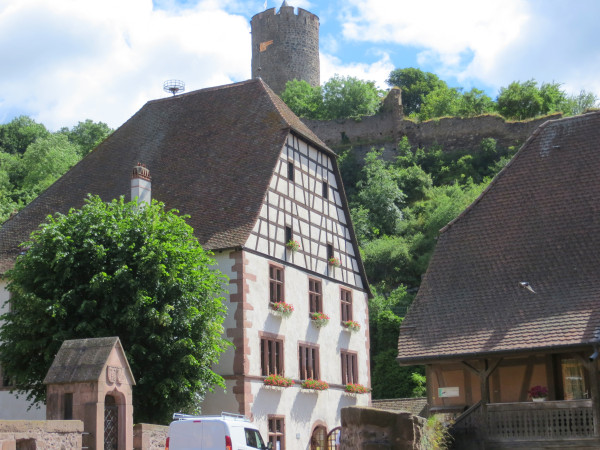 A glimpse of the castle ruins: walls and a tower.

Here is a typical old house: 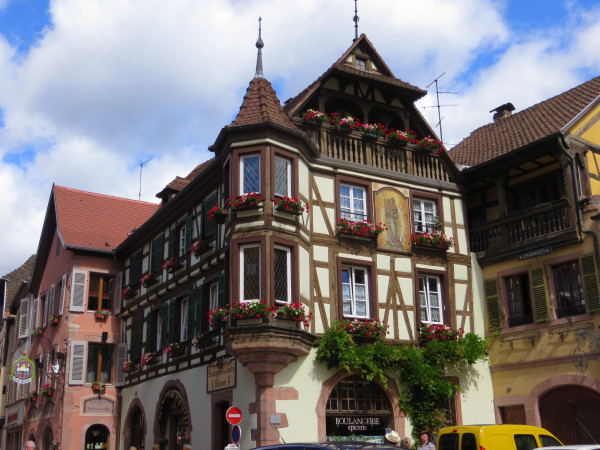 A pretty little river flows through the town, whose single bridge was fortified and guarded some centuries ago. 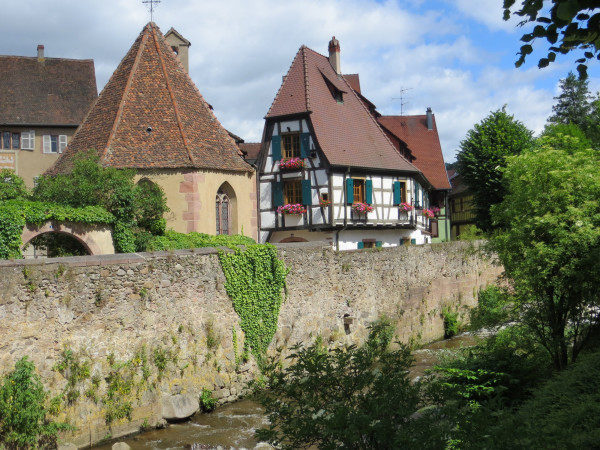 I have a fondness for Ribeauvillé because of childhood vacations spent there [some of the time hiking to one of the three ruined castles above it]. I am not showing any more houses, you are by now familiar with the architecture.

But here is the entrance to a side street: A typical sign, with a guy clearly shooting game for dinner with a crossbow. 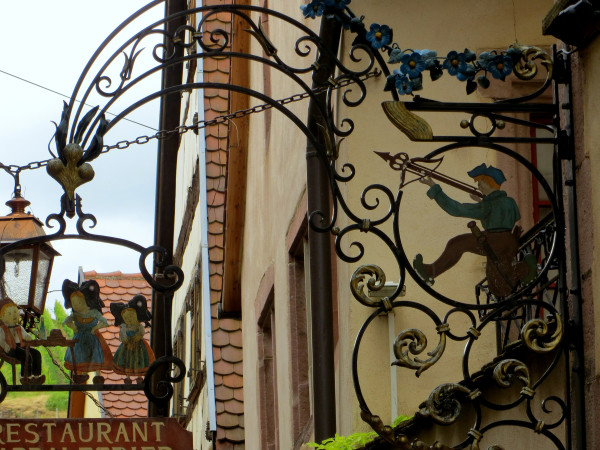 The little girls on the bottom are wearing the typical costume of Alsace, with a big black taffeta bow in their hair. These only come out for special feast days and holidays nowadays.

And then, we saw 3 young storks in a nest! Storks are the emblem of Alsace, and many villages have nests, often on top of steeples or chimneys. Their population had been depleted by electrocution on power lines, as well as because they migrated to Africa, a long and dangerous trip, and were eaten by starving populations there. But Alsatians have made an effort to protect them from the power lines, additional food provided if necessary, deteriorating nests repaired, etc. There are over 400 breeding pairs. About half stay in Alsace year round, part of the migrating ones go to Spain, Portugal, or northern Morocco. 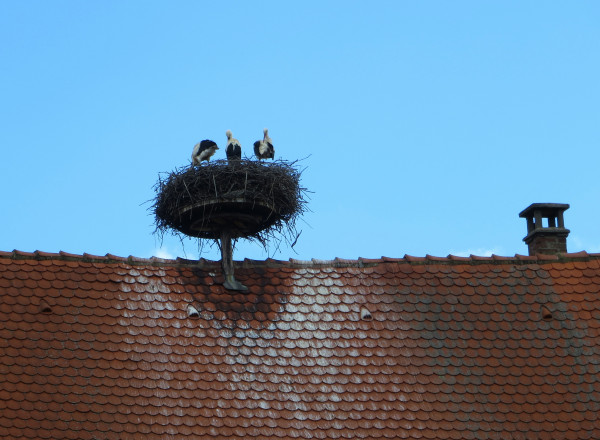 Next, I will be going to Portugal in September, and plan to take lots of photos!
Collapse