One of the days in Alsace we spent in Strasbourg, about an hour's drive from Colmar. It is a fairly large city, and the seat of the European Parliament. The crown jewel is the Gothic cathedral. However, Strasbourg has several notable churches, and a fair number of large 18th century buildings. The most important one of these is the Palais Rohan, which houses 3 interesting museums.

Still surviving are many medieval houses. Several of these crowd around the cathedral. You can get a glimpse of the cathedral's steeple above the roof. 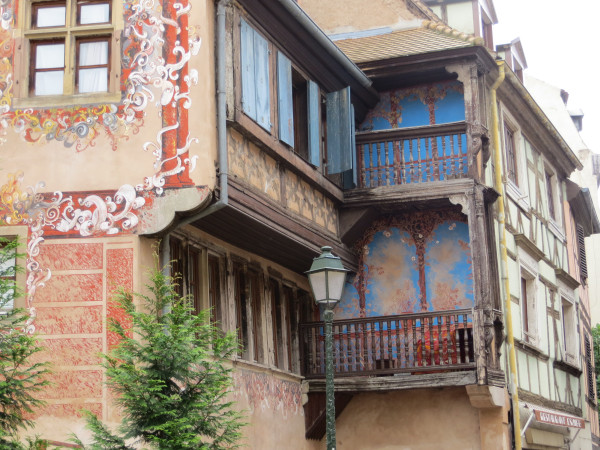 Sorry about the umbrella tops at the bottom! This is the famous Kammerzell house, very near the cathedral, and built in 1427.

And finally here is the cathedral. The steeple was the highest building in the world for a few centuries. It is built in Vosges sandstone, with delicate stonework and beautiful statues. It was built by fits and starts from 1176 to 1439. Some Romanesque style was used at the beginning, but it is a masterpiece of the Gothic style. 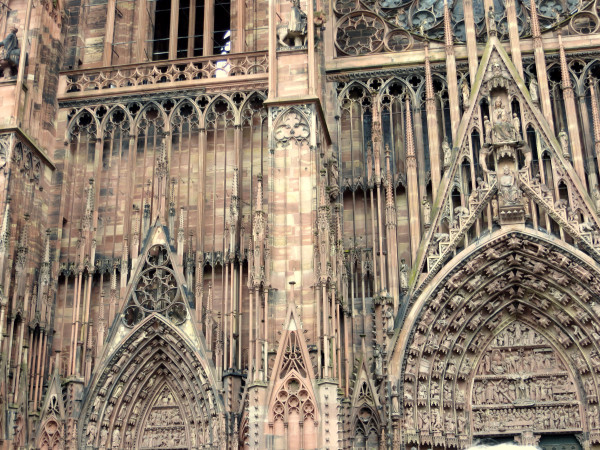 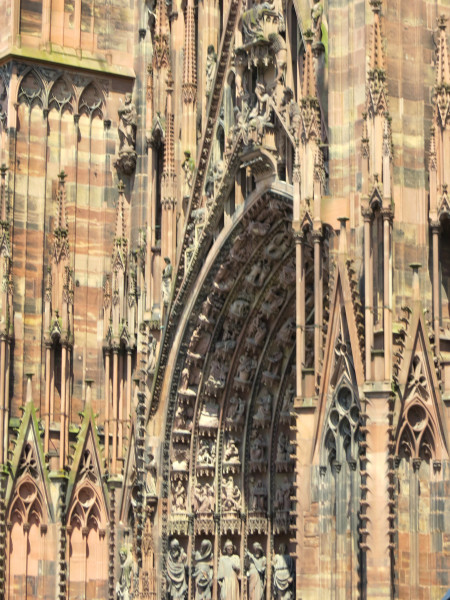 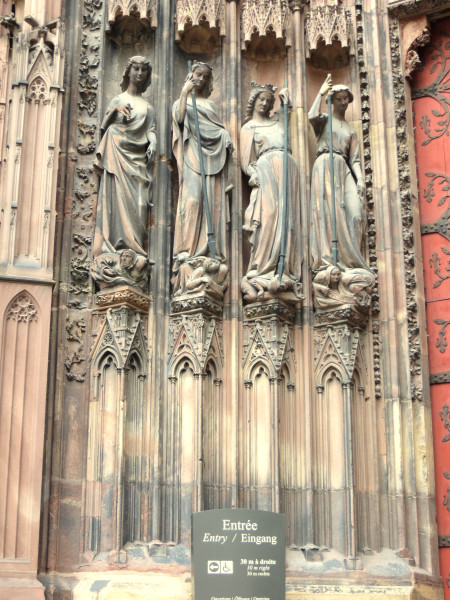 The interior is beautiful as well: This is the pulpit, above. 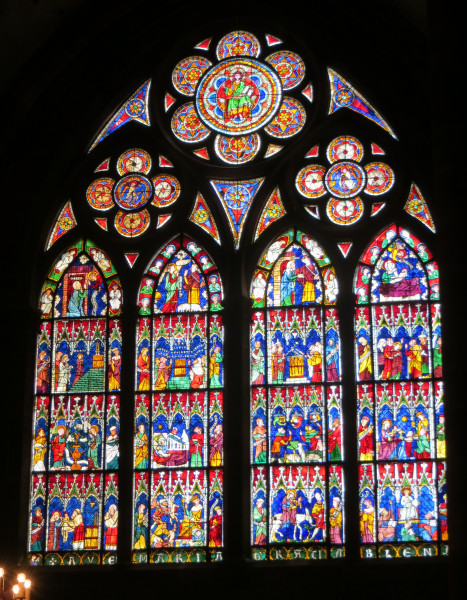 The cathedral has a famous astronomical clock. much photographed 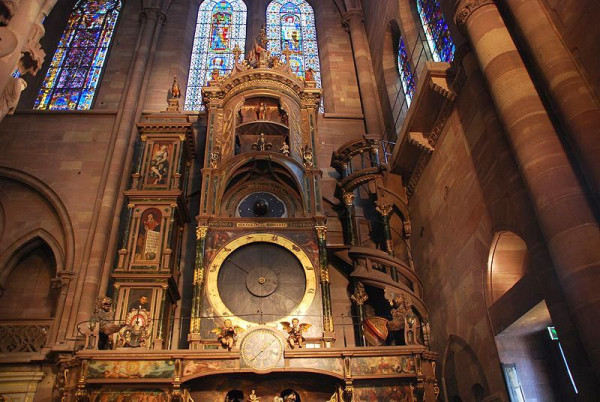 Before leaving the city, we went to visit one of the more picturesque areas, called la Petite-France, which is where the tanners used to live. 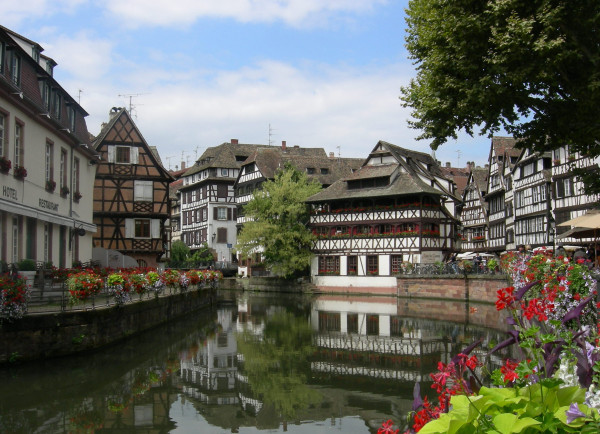 We only had limited time, so we only walked through a small part of it. But it also has covered bridges and towers along the many canals.

Next post will be about visiting the small towns along the Route des Vins, the road through the vineyards.
Collapse