I was in France with family members for a couple of weeks in June. We stayed in Paris for several days. I am not going to post about this, as a multitude of people have done it, and photos of Paris are beyond counting.

We then took the TGV [high speed train] to Dijon in Burgundy.  Dijon is a lovely city, quite animated. The older center is pedestrian, a welcome feature. However, most of our time was occupied in visiting friends in Burgundy, as well as the cities of Beaune and Autun. It was quite warm and sunny in Burgundy, a change from the cool temperatures that we had in Paris.

About an hour's drive south of Dijon is Beaune. Of course, Beaune wines are famous among Burgundies. However, what was of interest there was visiting the Hospices. They were built in the mid 15th century by the chancellor of Burgundy, as a hospital for the poor and needy. Over the centuries, similar hospices were built in other Burgundy cities. The patients are now taken care of in modern hospitals of the region. Since the mid 19th century, a famous charity auction of the Hospices' Burgundy wines has taken place yearly. 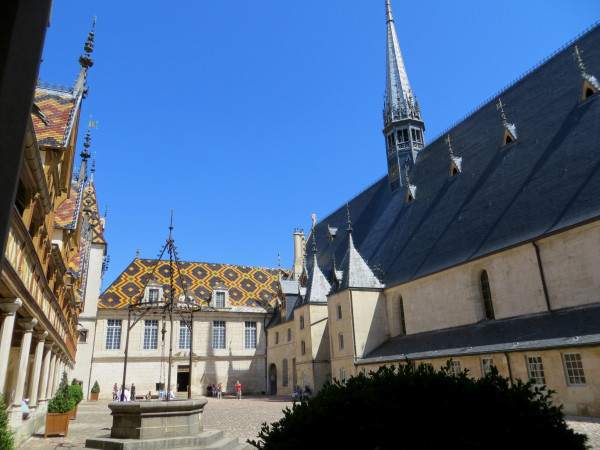 The other side, with the hospital proper on the right

( Collapse )
Here is the interior [a reconstruction, of course] 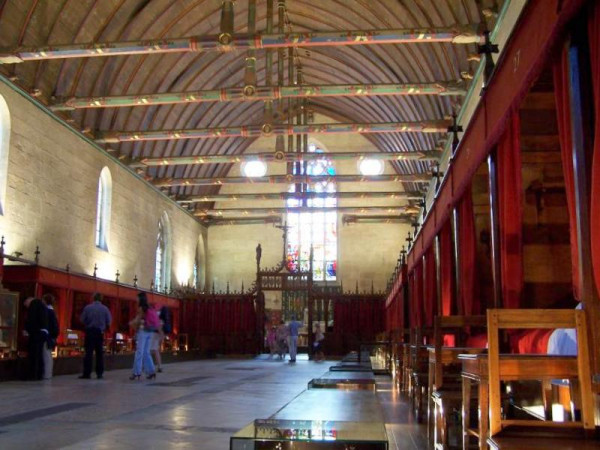 Beds line both sides [they were supposed to hold 2 people each]. The chapel is at the rear, so people could attend Mass from their beds. 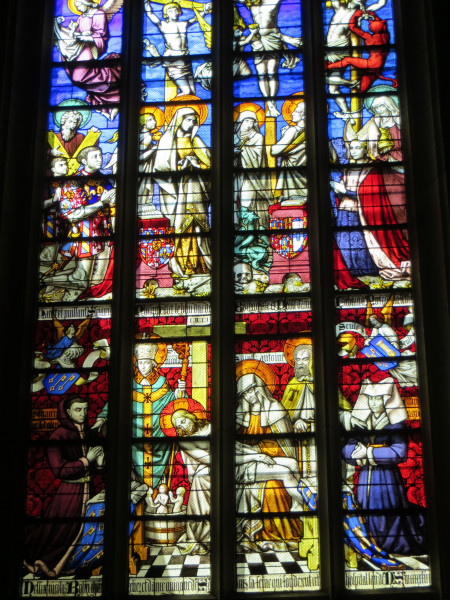 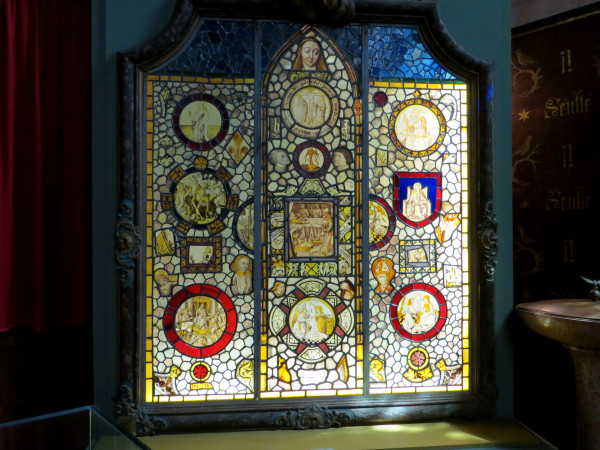 A side window, featuring the donor and various emblems.

On another day, we drove to Autun, a pretty old town with many interesting houses. Its crown jewel is its early Gothic cathedral. It was built rapidly, started in 1120 and finished in 1143. We walked up to the oldest part of the city, and came upon the rear of the cathedral. And then we got a full side view 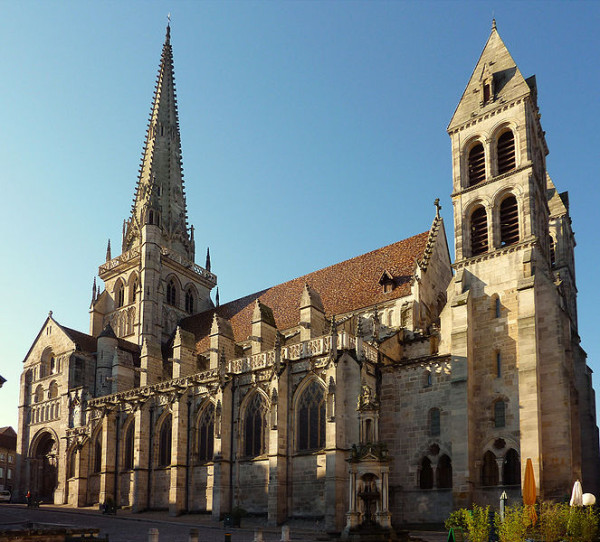 The cathedral is famous for the sculptures on top of its columns, of which here are some examples: 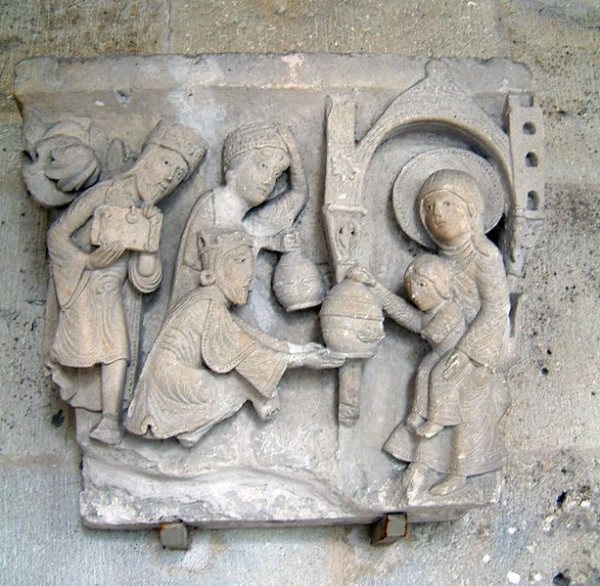 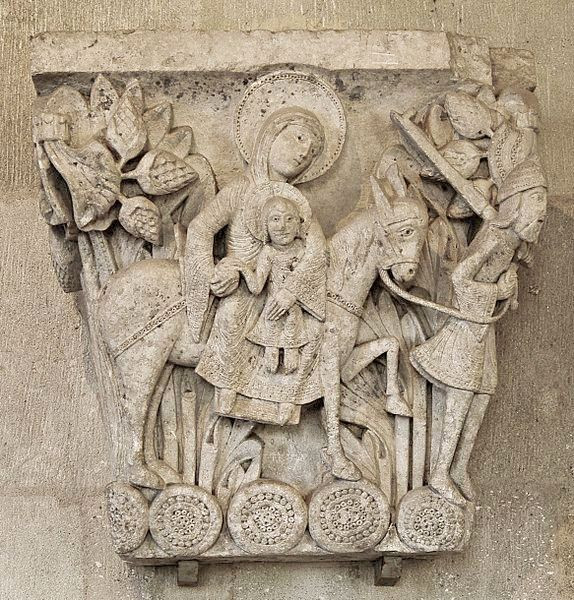 But the most remarkable sculptures are those of the main portal: 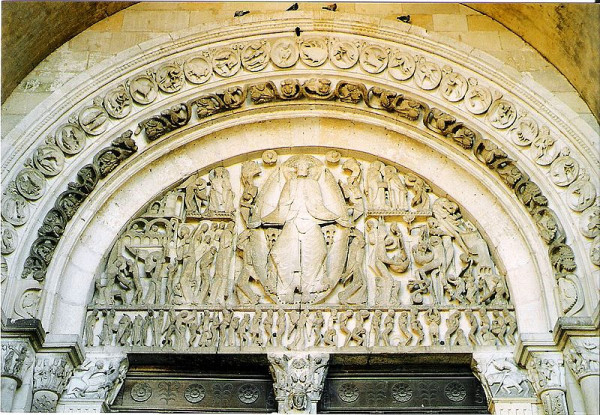 I will not bore you [nor make you envious!] with descriptions of the great meals we had. Of course I am prejudiced...

We left Dijon regretfully and drove to Colmar in Alsace. The landscape changed from rolling vineyards covered hills to a flat plain with the Vosges mountains on the west and the distant Rhine on the east. It also became downright hot! [36C in Colmar when we arrived.]

I will talk about what we visited in Alsace in my next post.
Collapse